Do what you love let me show you how

If you are an author, expert, thought leader, service provider and have been interested in building a successful business around your expertise, vision and passion then you’ve stumbled onto the right site.

If you don’t know me…I’m that red headed guy in some of the pictures throughout this site. I am someone probably similar to you. I have ALWAYS had an entrepreneurial spirit.  I was consistently looking outside the box, trying to seek out the efficient and easy ways to solve a problem. When most would zig…I would zag.  And most times I would get funny looks for it.  Sound familiar?

Now that’s not to say that I didn’t work hard. Because often times I had to work harder than most kids.  In school I was a pretty average student…

Often times doing terrible on standardized tests and
exams if I didn’t study my butt off.

Because I was always having to work harder than most…I was always seeking out ways to speed up my efficiency.  I was also terrible with authority, so the two combinations together created a specific type of brew.

Me now. (which could be the same as you)

As a kid growing up, I always wanted to be an actor.  You see, I grew up watching 80’s movies, montey python, and scooby do cartoons which seeded this desire to do something FUN, Full of Energy and that made people…laugh and cry. This lead me to going to school and college for acting and singing.

So am I an actor now? Well yes and no.

I love it and singing…but having gone through years of doing stage shows, commercials, movies and tv shows…I came to a realization that being an actor was often times just as pigeon holed as other professions.

(If you weren’t at the top of your game…you had to take job’s you didn’t like, see daily rejection and have to step into someone else’s vision instead of creating your own.)

Again though…this is not to say I don’t love it…It is just that I had to determine WHY i loved it.  What about it was so appealing?

It certainly wasn’t the money…because yes, one of my first jobs was getting a role in a movie where I was making 3k a week and that was nice…but I also sat in my trailer the entire time completely uninspired…and after that job was over after 12 weeks…I was looking for more work again. (Which could be found…but most the time it wasn’t steady…and even if I did book something like a commercial…it was unfulfilling)

Let’s just say I hated being a broke actor.  Did I fail? Yeah probably partially. Did I have a bad taste in my mouth from it? Yeah maybe a little.

Am I done with it forever? No, I don’t think so…

But when I turned 28 I started looking for a better way to make money.
That is when I jumped into Real Estate.

After 6 months of getting into real estate financing, I made my first 15k month. Then started to do 60k months.  This changed everything.  I could start to afford the life I wanted…but something was missing.

I had the money…but I didn’t have the business that I wanted.
I found myself again uninspired.

When suddenly a blessing and curse hit.  The recession.
I was making about 300k a year to suddenly making 15k the year after the recession wiped out the job market.

And this was NOT an easy period in life.

My wife and I almost went into foreclosure (twice) and for the first time, I really understood what struggle was.

So my research took me to places that I didn’t really want to go.  Most often I ended up learning about Networking marketing opportunities online because when you typed in building leads online , those were the first thing that popped up.

So while I was trying to figure this Online Marketing thing out…One day my wife said to me…”Hey honey, we should have lunch with my friend Frida and her Husband Chris.  I think he does what you are looking to do? He taught himself HTML or something. ”

So reluctantly, I went to the lunch…because I was expecting some guy who was learning web design.  Well, once I got to the lunch, boy was I wrong.

Chris Farrell, the guy I sat across the table with was actually someone who was teaching Online Marketing and had a super successful membership site with over 3k members at the time. (Paying him 37 a month).

Once I heard about this…my life changed. I asked Chris how he did it and he told me…I chose one thing and stuck with it and became an expert at it…and then taught it.

I became a Video Marketer (when there was no such thing as video marketers)
and immersed myself in YouTube.  I then took on (after some time) clients whom I did video marketing campaigns for such as Estee Lauder, Dell, CrazySales.au and more.

All this while I was also trying to figure out how to build leads and sell courses online.

Then one day I tapped into a method of driving leads from YouTube into a Webinar!

And that is finally when I started to sell online.  I created a course 3 months before called YouTube Revealed. (which took me forever to create). Plus I wrote a 225 page ebook on YouTube as well…all while not really having figured out how to get people onto an email list. (but having success in getting video views and subscribers)

But then one day…I started to make videos and drove people to an online event.

Then one day I approached by a marketer who wanted to promote my course. (They wanted to run a YouTube training course.  That was the start of my webinar Journey.

I then spent the next year doing Joint venture webinars with people who promote my webinars all about how to use YouTube.

(It was a huge growth process of often times doing terrible webinars…but even so…In that first year of using webinars (end of 2011, beginning of 2012) , I had grown my list to 14k and made 250k dollars.

That is when I became hooked on Webinars.

Also in that same year I decided to start getting a software built that would take take a webinar and automate the process…and that is when the first iteration of EasyWebinar was built.  Since then EasyWebinar has grown to a platform that has over 5k customers and growing every day.

So what do I do now?

I create products, software, and content that was designed to help authors, experts, entrepreneurs, SMB’s, Product creators, creative types, and service providers create a deeper connection with an audience thirsting for their knowledge.

I LOVE the power of Webinars, Video, Live Streaming and automation for building an engaged and relationship built business.

My courses have been consumed by 10’s of thousands.  I am the best selling author of Build your audience with live video.  My wife and I are in the process of adopting 2 children from Haiti and every single day I get to put something out there that can HOPEFULLY change one’s life or direction through the hope of possibility.

Do I miss acting?

Well after going through years of self discovery I realized that the reason I went into Acting in the first place is so that I could get an emotional response from an audience.  In my own way I wanted to effect someone. Create catharsis in them.
Acting did just that…but do I miss it?

Yes and No.  You see today, I get to provide value every single day to create a hope and change in someone else’s life by teaching ways for them to create a heart centered business built around their terms.  I am basing a business on giving.  When I was an actor i was always concerned about the next job and focused solely on myself or what other people had.

Taking that outlook has made my life far more rewarding and 1000 times less stressful!

You can actually learn more about how I used webinars to build my business by going to www.webinarminicourse.com

Want to have me speak at your event?

Of course as someone with a theatrical background, speaking and mass training is my jam.  I love getting on stage. Yes I still get super nervous…but after having spoken on stage to a crowd of 5000 people (and survived 😉 ) I’ve learned how to bring the right energy to any room. 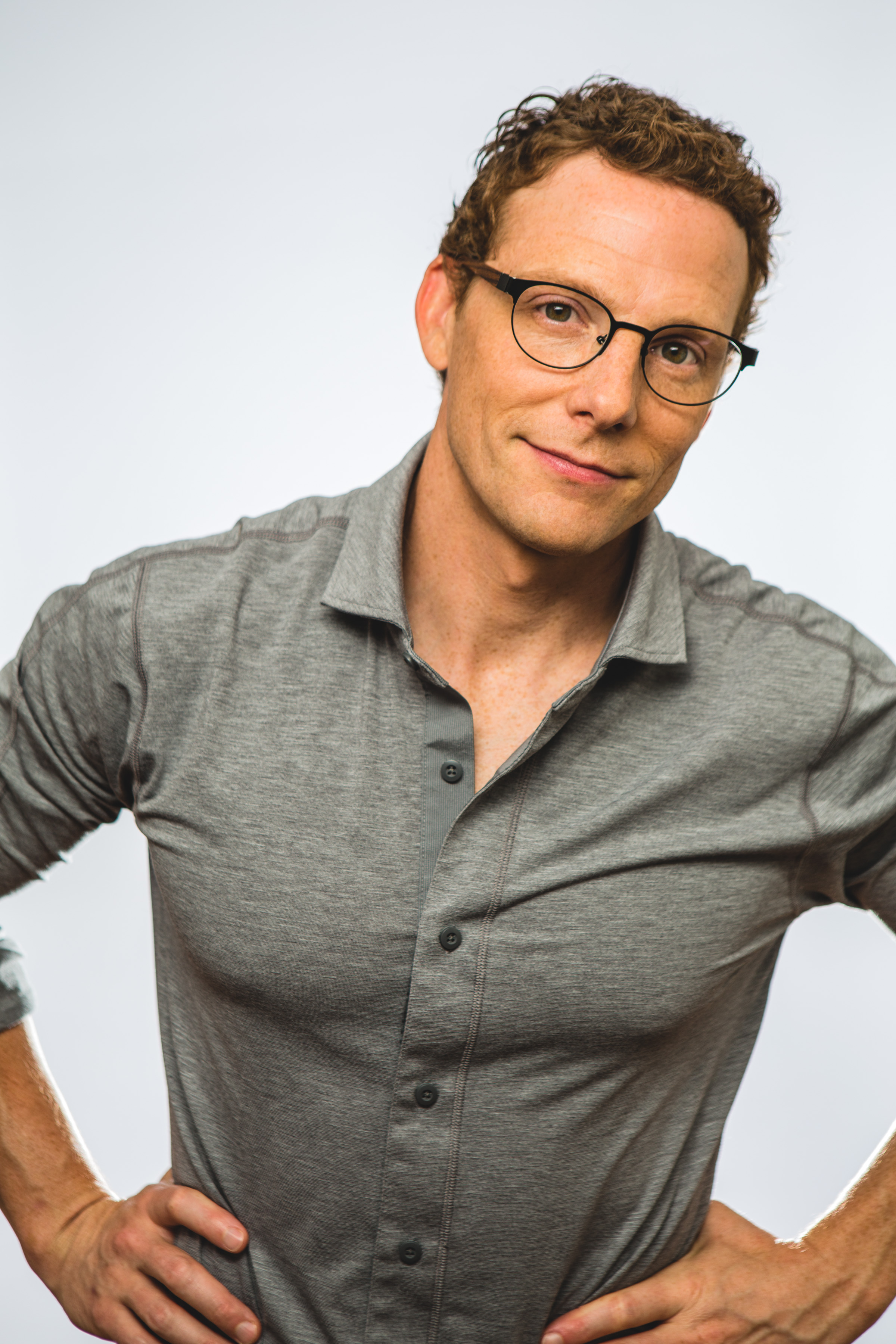 If you would like to check my availability for your engagement please send a request in via the form below.

Please realize that I get many requests for speaking and unfortunately I can’t accept all of them.  At this point, I’ve started to charge for speaking engagement.  So ask me about my quote.

Now I am well aware that often you can’t pay speakers to come in.  In those instances, let me know how coming and speaking at your event can not only help with my vision of creating 1 million heart centered entrepreneurs but also about sponsorship opportunities for my programs and software.  Often times I will come in and not charge to speak at an event as long as I can bring say EasyWebinar as a sponsor at an event (along with a booth) .  This becomes a win win for both parties.

Casey can I hire you as a consultant?

Because I am trying to be careful of where I put my time and energy mostly due to the fact that I want to serve as many people on a scalable level as I can, often times I have to decline coaching and consulting.  However, there are mitigating circumstances where your offer and how we are aligned plays a big part in whether I decide to take you on as a client.  Those scenarios are individual based and I would have to know more about what your goals and visions are to determine that.  That being said, I am not saying no.  I just look at it on a per person basis.

To inquire about Consulting and Coaching fill in your info.